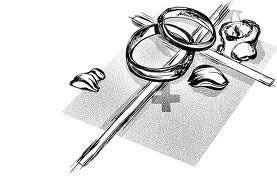 Sex and sexual desires plays such a powerful role in our lives that it’s no wonder why the major religions attempt to control it and place such stringent rules on what you may and may not do. Putting these rules and regulations on sexuality is another attempt to rope you into their grasps and tell you that you have sinned. It is another whip for them to use to make you jump through their hoops. Since the desire of sex is probably only topped by the desire to continue to live, regulating it is a very powerful instrument and that is why all the main religions have it packed in their arsenals. The top three religions prohibit you from having sex before marriage; they even demand that you are not to partake in masturbation. While most all faiths have different views on the topic, I will cover the top three, Christianity, Islam, and Judaism.

“Religions are maintained by people. People who can't get laid, because sex is the first great earthly pleasure. But if you can't get that, power is a pretty good second one. And that's what religion gives to people, power. Power is sex for people who can't get or don't want or aren't any good at sex itself.” –Bill Maher


In what I consider a very perplexing decision, the Catholic Church forbids its leaders from having sex (a vow of chastity or more commonly known as celibacy) and then these sexless people decide how the rest of us must have sex. Like I said, it seems quite odd if you think about it, but most all religions are quite odd just most people don’t think about them. The entire idea of celibacy is strange on its face, and for the Catholic Church to adopt it and condemn it upon their holly priests and other clergy members, was a poor move indeed. It has led to, or at least aided in, some of the most horrific atrocities that can be committed, the rape of young children. But I’ll get into that in a bit; first I want to give you a bit of background on how this great idea of celibate priests came to be.


The brief background of why priests take a vow of celibacy come from the imitation of Jesus and his apostle Paul, granted it’s not directly from them as very little actually is; but the idea of being alone in the desert or on an island, mixed with poverty and the feeling of righteousness was imitated by monks and other religious leader over the first thousand years A.D. Then in the year 1079 the Catholic Church, under Pope Gregory VII made it a law that priests were required to be celibate. I assume that one of the reasons for this was to limit some of the corruption that was so prevalent in the Church at this time. It took hundreds of more years to be taken seriously and evolve to what it is today.


That brings us back to horrible rape of children that the Church covered up for god knows how long. As a side note, President George W. Bush granted the current Pope, Pope Benedict XVI, immunity for his parts in the cover-up of what was so tamely labelled “The Child Molestation Scandal.” Since I doubt there is anyone reading this who does not already know about this, I will pass over the result of celibacy and get back to my main point for this article after this quote on the whole ordeal from Christopher Hitchens.

“Sexual innocence, which can be charming in the young if it is not needlessly protracted, is positively corrosive and repulsive in the mature adult. Again, how shall we reckon the harm done by dirty old men and hysterical spinsters, appointed as clerical guardians to supervise the innocent in orphanages and schools? The Roman Catholic Church in particular is having to answer this question in the most painful of ways, by calculating the monetary value of child abuse in terms of compensation. Billions of dollars have already been awarded, but there is no price to be put on the generations of boys and girls who were introduced to sex in the most alarming and disgusting ways by those whom they and their parents trusted. "Child abuse" is really a silly and pathetic euphemism for what has been going on: we are talking about the systematic rape and torture of children, positively - aided and abetted by a hierarchy which knowingly moved the grossest offenders to parishes where they would be safer. Given what has come to light in modern cities in recent times, one can only shudder to think what was happening in the centuries where the church was above all criticism. But what did people expect would happen when the vulnerable were controlled by those who, misfits and inverts themselves, were required to affirm hypocritical celibacy? And who were taught to state grimly, as an article of belief, that children were "imps of" or "limbs of" Satan? Sometimes the resulting frustration expressed itself in horrible excesses of corporal punishment, which is bad enough in itself. But when the artificial inhibitions really collapse, as we have seen them do, they result in behavior which no average masturbating, fornicating sinner could even begin to contemplate without horror.
This is not the result of a few delinquents among the shepherds, but an outcome of an ideology which sought to establish clerical control by means of control of the sexual instinct and even of the sexual organs. It belongs, like the rest of religion, to the fearful childhood of our species. Alyosha's answer to Ivan's question about the sacred torture of a child was to say ("softly")—"No, I do not agree." Our reply, to the repellent original offer of the defenseless boy Isaac on the pyre, right up to the current abuses and repressions, must be the same, only not delivered so softly.” –Christopher Hitchens, God is not Great


That’s the short note about celibacy in the Catholic Church, now we get to the rules and regulations that were created by sex deprived, possible child molesters for you to follow or else it is a sin and may be responsible for you going to Hell.

“If we gave in to our every base instinct every time, civilization would have been impossible and there would be no writing in which to continue this argument. However, there can be no question that a human being, whether standing up or lying down, finds his or her hand resting just next to the genitalia. Useful no doubt in warding off primeval aggressors once our ancestors decided to take the risk of going erect and exposing the viscera, this is both a privilege and a provocation denied to most quadrupeds (some of whom can compensate by getting their mouths to the same point that we can reach with our fingers and palms).

Now: who devised the rule that this easy apposition between the manual and the genital be forbidden, even as a thought? To put it more plainly, who ordered that you must touch (for other reasons having nothing to do with sex or reproduction) but that you also must not? There does not even seem to be any true scriptural authority here, yet almost all religions have made the prohibition a near-absolute one.” –Christopher Hitchens, God is not Great

Upcoming in Part 2:  Sex and Marriage, to finish off Christianity. Then we start all over again with Islam and then Judaism. But first, here's a teaser from the Islam part:

While, when it comes to sex, Islamic views are quite different then the Catholic ones; as an example, they don’t demand or even promote celibacy for their Imams, they do however have rules on marriage and premarital sex that, in my opinion are much more stringent than those of the Catholic Church. Having sex with someone you are not married to is so taboo that there are whore houses that have an Imam (Islamic leader, like a pastor) who actually marries you before hand and then divorce you after. Apparently God is ok with sex as long as it is done under the blessing by an Imam, in the form of a marriage, no matter how short.
Posted by Garrett Fogerlie at 4:26 AM