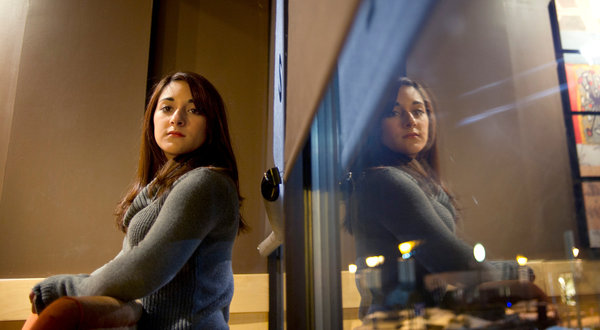 CRANSTON, R.I. — She is 16, the daughter of a firefighter and a nurse, a self-proclaimed nerd who loves Harry Potter and Facebook. But Jessica Ahlquist is also an outspoken atheist who has incensed this heavily Roman Catholic city with a successful lawsuit to get a prayer removed from the wall of her high school auditorium, where it has hung for 49 years.

A federal judge ruled this month that the prayer’s presence at Cranston High School West was unconstitutional, concluding that it violated the principle of government neutrality in religion. In the weeks since, residents have crowded school board meetings to demand an appeal, Jessica has received online threats and the police have escorted her at school, and Cranston, a dense city of 80,000 just south of Providence, has throbbed with raw emotion.

State Representative Peter G. Palumbo, a Democrat from Cranston, called Jessica “an evil little thing” on a popular talk radio show. Three separate florists refused to deliver her roses sent from a national atheist group. The group, the Freedom From Religion Foundation, has filed a complaint with the Rhode Island Commission for Human Rights.

Posted by Garrett Fogerlie at 11:46 PM