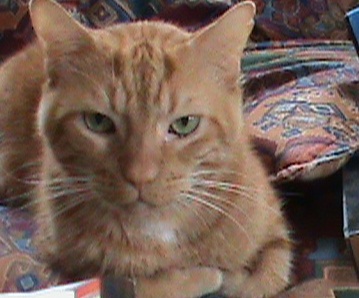 The latest chatter in the evolution blogosphere is brewing over an unlikely contention that Richard Dawkins is not an ape. Professor Dawkins says he’s an ape, which puts him in the same category as the rest of us human beings. A piece in the Washington Times contends that he’s not an ape and neither are other people who do crosswords and like Shakespeare.

Higgs has a theory he thinks explains both the Washington Times editorial and the more general problem with acceptance of evolution.

Higgs: While many people have written interesting blog posts here, here, here and here about the ape-hood of Richard Dawkins, I humbly suggest there's one more important point to be made. This  episode has helped confirm my suspicion that you humans are embarrassed by your relatives. You don’t like other apes very much. You think they’re ugly and you imagine they’re smelly even though most of you have never sniffed a gorilla.

Think about it. Animals make one of the most popular monikers for American sports teams, such as, say, the Philadelphia Eagles. But when has there ever been a team named after any non-human primate? Can you imagine the Cleveland Gorillas playing the Chicago Baboons? Not going to happen.

In the Washington Times piece in question, the writer made much of the fact that humans can read, and enjoy Shakespeare, and do crosswords and whatnot. But the DNA doesn’t lie, and it shows people are more closely related to chimpanzees than chimpanzees are to gorillas. So you can’t very well put chimps and gorillas into the same category and not include yourselves, can you?

This post was made using the Auto Blogging Software from WebMagnates.org This line will not appear when posts are made after activating the software to full version.
Posted by Garrett Fogerlie at 2:30 AM