Some Good Quotes About Religion 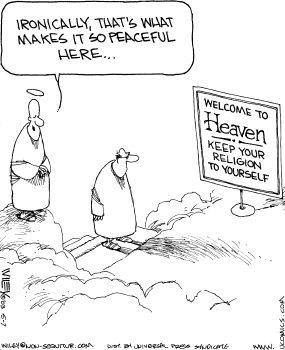 “I contend that we are both atheists. I just believe in one fewer god than you do. When you understand why you dismiss all the other possible gods, you will understand why I dismiss yours.”
-Stephen Robert

“I cannot believe in a God who wants to be praised all the time.”
-Friedrich Nietzsche


“If there is a God, atheism must seem to Him as less of an insult than religion.”
-Edmond de Goncour

“It is an interesting and demonstrable fact, that all children are atheists and were religion not inculcated into their minds, they would remain so”
-Ernestine Ros 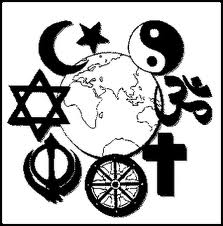 “There can be but little liberty on earth while men worship a tyrant in heaven.”
-Robert Green Ingersoll


“A religion without a goddess is halfway to atheism”
-Dion Fortune
Posted by Garrett Fogerlie at 9:04 AM

Email ThisBlogThis!Share to TwitterShare to FacebookShare to Pinterest
Labels: Quotes About Religion