No positive correlation between religion and social morality

The World Values Survey has some interesting data on how religion and social morality correlates. Unfortunately, the article I'm referring to is from the Norwegian magazine Fri Tanke, but there's always Google Translate.

"[Bo Rothstein] points out that none of the 25 different indicators World Values ​​Survey's measure of human welfare, such as absence of corruption or the degree of confidence increases if religion gets more influence. Rather, it is quite the opposite. The results show that the more a society dominated by secular values, the higher is the human welfare.

- And, add to Rothstein, the same pattern is also evident if one only looks at the country dominated by Christianity

The degree of religiosity is composed of answers to the following six questions:

- Apart from weddings, funerals and baptisms, how often you will meet up at religious arrangements?

- How important is God in your life?

- Do you believe in God?

- Do you believe in life after death?

- Does your religion give you well-being and strength?" 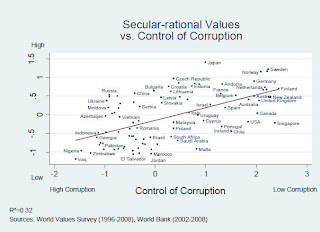 Secular-rational values vs. Control of Corruption 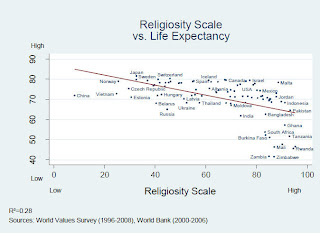 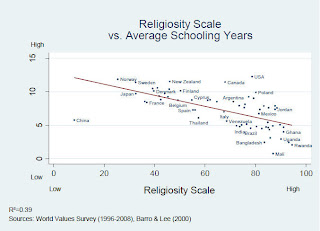 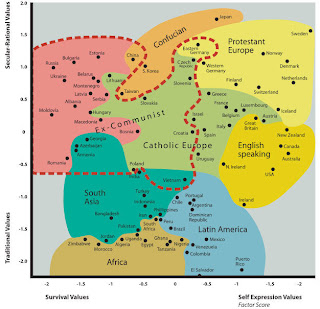 Posted by Garrett Fogerlie at 4:19 PM