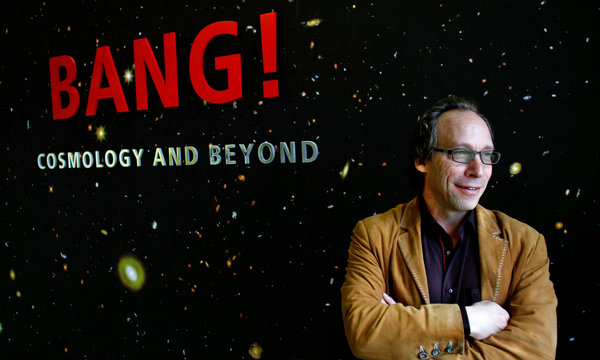 Why is there something, rather than nothing at all?

It is, perhaps, the mystery of last resort. Scientists may be at least theoretically able to trace every last galaxy back to a bump in the Big Bang, to complete the entire quantum roll call of particles and forces. But the question of why there was a Big Bang or any quantum particles at all was presumed to lie safely out of scientific bounds, in the realms of philosophy or religion.

Now even that assumption is no longer safe, as exemplified by a new book by the cosmologist Lawrence M. Krauss. In it he joins a chorus of physicists and cosmologists who have been pushing into sacred ground, proclaiming more and more loudly in the last few years that science can explain how something — namely our star-spangled cosmos — could be born from, if not nothing, something very close to it. God, they argue, is not part of the equation. The book, “A Universe From Nothing,” is a best seller and follows recent popular tomes like “God Is Not Great,” by the late Christopher Hitchens; “The God Delusion,” by Richard Dawkins; and “The Grand Design,” by the British cosmologist Stephen Hawking (with Leonard Mlodinow), which generated headlines two years ago with its assertion that physicists do not need God to account for the universe.

Dr. Krauss is a pint-size spark plug of erudition and ambition, who often seems to be jetting off in several directions at once on more missions than can be listed on a business card. Among other things he is Foundation Professor and director of the Origins Project at Arizona State University.

Posted by Garrett Fogerlie at 6:29 PM