Christians who argue they should be exempt from equality laws are no different from Muslims who want to impose sharia law in the UK, human rights chief Trevor Phillips has said.

He told a debate religious rules should lose sway "at the door of the temple". 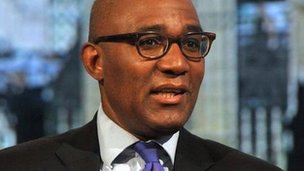 But Mr Phillips said those who provide a public service must abide by the law.

Catholic adoption agencies have objected to legislation which requires them not to discriminate between gay and straight couples on the grounds of sexuality when considering applications.

Last year, after a High Court case, the Charity Commission refused to grant an exemption for one Leeds-based agency, Catholic Care.

Disputes have also arisen where Christian bed and breakfast owners have turned away gay couples and subsequently been ordered to pay damages.

Mr Phillips, chairman of the Equality and Human Rights Commission, was speaking at a debate organised by the Religion and Society Research Programme.

Asked about conflicts between religion and equalities, he said: "The law stops at the door of the temple as far as I'm concerned.

"Once you start to provide public services that have to be run under public rules, for example child protection, then you have to go with public law.

"Institutions have to make a decision whether they want to do that or they don't want to do that, but you can't say 'because we decide we're different then we need a different set of laws'."

Posted by Garrett Fogerlie at 7:48 AM