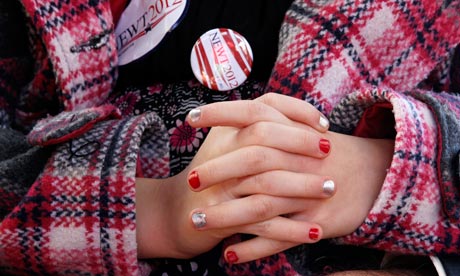 Outward displays of belief in God have become a proxy for trustworthiness in the US. Photograph: Matt Rourke/AP

Issues of personal faith can be a source of respectful debate and discussion. Since faith is often not based on evidence, however, it is hard to imagine how various deep philosophical or religious disagreements can be objectively laid to rest. As a result, skeptics like myself struggle to understand or anticipate the vehement anger that can be generated by the mere suggestion that perhaps there may be no God, or even that such a suggestion is not meant to offend.

Last week, police in Rhode Island had to be called to suppress an angry crowd at a school board meeting, and a 16-year-old atheist had to take time off school after being threatened and targeted by an online hate campaign. She was even described on the radio by a state representative as an "evil little thing". All the girl had done was to press for the removal of a banner bearing a prayer that asked "Our Heavenly Father" to grant pupils the desire "to be kind and helpful to our classmates and teachers" and "to be good sports".

Equally disturbing was a paper just published in the Journal of Personality and Social Psychology, based on a study of American adults and Canadian college students, that suggested atheists are among the most distrusted groups in society – on a par with rapists. An earlier Gallup poll ranked atheists as the least popular hypothetical minority presidential candidates, and the group that people would most disapprove of their child marrying.

The researchers of the new paper concluded: "Outward displays of belief in God may be viewed as a proxy for trustworthiness … believers may consider atheist's absence of belief as a public threat to cooperation and honesty." This probably explains recent electoral successes of openly devout presidential candidates who previously demonstrated dubious ethics, while also explaining the absence of any serious candidates without known religious affiliation.

It is fascinating that lack of belief, or even mere skepticism, is met among the faithful with less respect and more distrust even than a fervent belief in a rival God. This, more than anything, leads to an inevitable and deep tension between science and religion. When such distrust enters the realm of public policy, everyone suffers.

Posted by Garrett Fogerlie at 6:06 AM